CMI Board of Directors 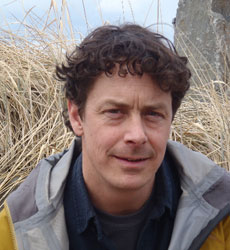 Jeremy Ayotte is a biologist with his company Phyla Biological Consulting. Jeremy lives in Salmon Arm where he works with a variety of species and ecological systems. He completed a Masters of Science through The University of Northern BC working on the ecological role of mineral licks for moose, elk, Stone’s sheep, and mountain goats in northern BC. Jeremy is currently an ecological reserve warden for a wetland fen complex near his home in the Larch Hills that is known for its rare assemblage of orchids. Recent work includes 3 years as the provincial coordinator for the BC Sheep Separation Program, working to mitigate the risk of respiratory disease transmission from domestic sheep to wild sheep across BC, including bighorn herds in the Columbia Basin. Jeremy’s interests also include youth outdoor education and he is a founding director of the Shuswap Outdoor Learning Foundation. 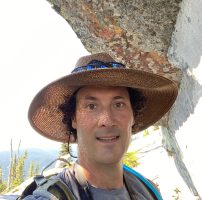 Marc-André travelled to the Kootenays in 1995 from Sherbrooke, Quebec, where he grew up. He worked as a consulting biologist for a few years before taking on a biologist position at the Creston Valley Wildlife Management Area, in 2003. Since that time, Marc-André has expanded his understanding and knowledge of wetlands, in particular freshwater marshes and has gained valuable skills in wetland management and restoration. He is now the Head of Conservation Programs, and his work encompasses a wide variety of activities ranging from wildlife monitoring, water quality assessment, water level manipulations and infrastructure management, to administrative and human resource activities, communications, public relations, and land and assets management. In his free time, Marc-André enjoys watching and photographing birds and wildlife, and spending time in the great outdoors with his family.

Marc-André is a Registered Professional Biologist (B.C. College of Applied Biologists) and holds a B.Sc. in Applied Zoology from McGill University (1996) and a M.Sc. in Environment and Management from Royal Roads University (2005).

Marc-André is currently the Vice-President of the Columbia Mountains Institute. 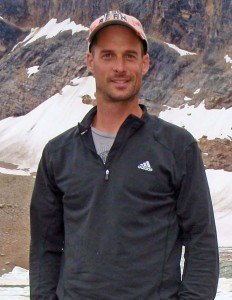 Kevin moved to Revelstoke in 1997, after completing his BSc at the University of Victoria in Biology and Environmental Studies. He became interested in forestry in the area and completed his forestry requirements to become a Registered Professional Forester with the Association of BC Forest Professionals in 2002. Kevin has worked as a forestry engineer, while doing various biology jobs for the Columbia Basin Fish and Wildlife Compensation Program, and Parks Canada. Kevin now works with the Revelstoke Community Forest Corporation, where he is the Operations Forester. Kevin is a member of the ” Revelstoke Caribou Rearing in the Wild” project.

Kevin is currently the Treasurer for the Columbia Mountains Institute of Applied Ecology.

Catherine Craig is a wildlife biologist based in Revelstoke, BC, and has been studying birds in various locations within North and Central America since 2003. She currently works as a biologist for Hemmera. She completed her B.Sc. (Earth Science and Environmental Studies) at the University of Victoria and her M.Sc. (Biology) at Acadia University. Her M.Sc. research focused on the nest-site selection and nest survival (breeding success) of Black-backed and American Three-toed Woodpeckers in managed forest landscapes. More recently, she has worked on multiple studies of breeding and migratory birds using habitat within fluctuating hydroelectric reservoirs. When not following birds around, you can find Catherine out on her bike or skis around Revelstoke.

Catherine is currently the Secretary for the Columbia Mountains Institute of Applied Ecology. 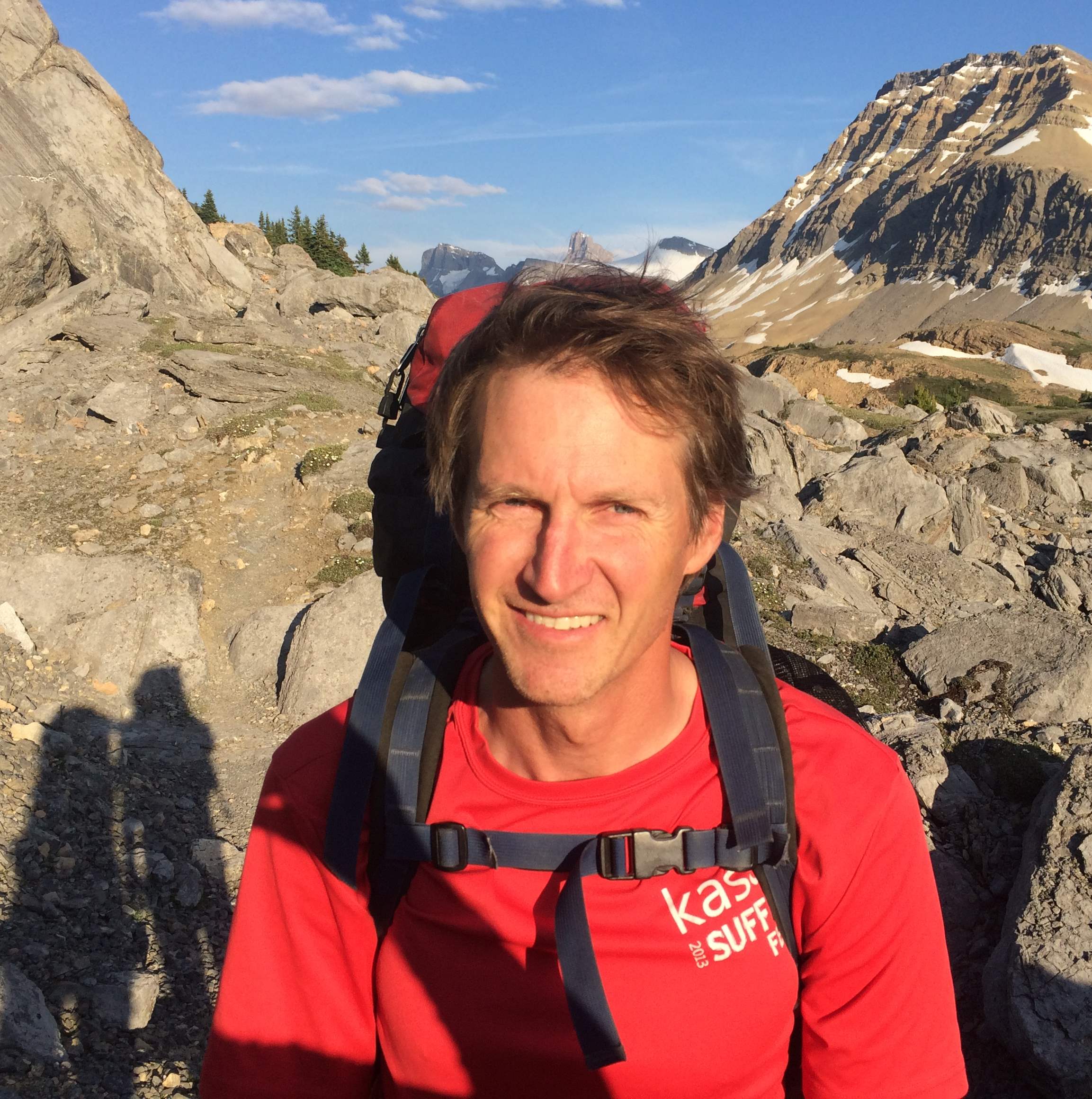 Ryan Gill is a self-employed wildlife biologist and GIS analyst based in Revelstoke, BC. He has lived in the Columbia Mountains for the past 20 years where he has worked on a broad range of ecological topics – from the nesting ecology of birds to predator/prey interactions within southern mountain caribou habitat. Most recently he has been examining the movement ecology of southern mountain caribou during the COVID-19 pandemic.

Doris moved to Nelson in 2004 where she started her consulting company, Seepanee Ecological Consulting. Prior to that she completed her B.Sc. at the University of Anchorage Alaska and a MSc. at the University of Idaho studying a population of Greater Sage-grouse in Colorado. Her work in the west Kootenays has focused primarily on species at risk. Some of her favorite projects have been a radio-telemetry study of Western Screech-owls, Western toad migration and most recently, a long term project on wolverine, using non-invasive techniques such as genetic hair snagging and track monitoring to find female denning locations. In addition to running research projects, she teaches applied wildlife science, ecology and restoration techniques at Selkirk College in Castlegar. She enjoys the bounty of the west Kootenay gardens and playing in the back-county with friends and family. 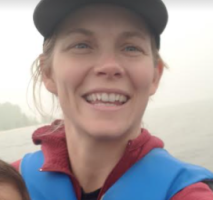 Renae moved with her family to Nelson in 2018, where she works as an aquatics and fisheries biologist with Masse Environmental. Her work has largely focused on permitting, environmental management, and environmental monitoring in aquatic systems. Renae completed her B.Sc. at Biology at Simon Fraser University. Prior to her time working as an environmental consultant, Renae spent time as part of a team studying sockeye salmon population genetics in southwest Alaska, researching different migration strategies in American dipper in the Chilliwack River system, and working in the environmental education field and as a middle school Biology teacher in Mexico. 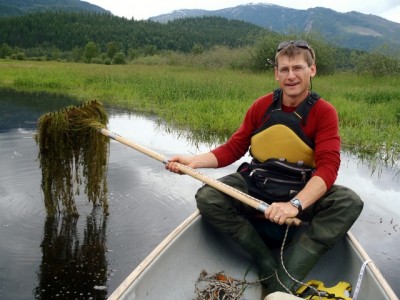 Mike Miller moved to Vernon in 2009 following several years based in Revelstoke. He completed his B.A. (English Lit) at Queen’s University in 1989. Following several blissful years spent working for Parks Canada in the summers and tromping around the jungles of Asia and Latin America during the off-season, Mike eventually settled down long enough to get his Ph.D. in plant ecology (specializing in the demography and population dynamics of Calochortus spp.) from the University of Victoria in 2004. After operating as a freelance ecological consultant for over a dozen years, Mike accepted a position as Vegetation Ecologist with the environmental research firm LGL Ltd in 2012.

Mike’s primary focus has been on the conservation and management of plant species at risk. He has authored numerous COSEWIC status reports and SARA-compliant recovery strategies for plants, including the national multi-species recovery strategy for vernal pool plants at risk in Garry oak and associated ecosystems. Current projects include the COSEWIC status report update on Giant Helleborine (a threatened orchid species) and several multi-year studies for BC Hydro on the impacts of reservoir operations to vegetation within the drawdown zones of the Kinbasket and Arrow Lakes Reservoirs. Mike and his wife Simone have two toddler-aged boys who love exploring the rattlesnake-friendly grasslands outside their back door in beautiful Kalamalka Lake Provincial Park. 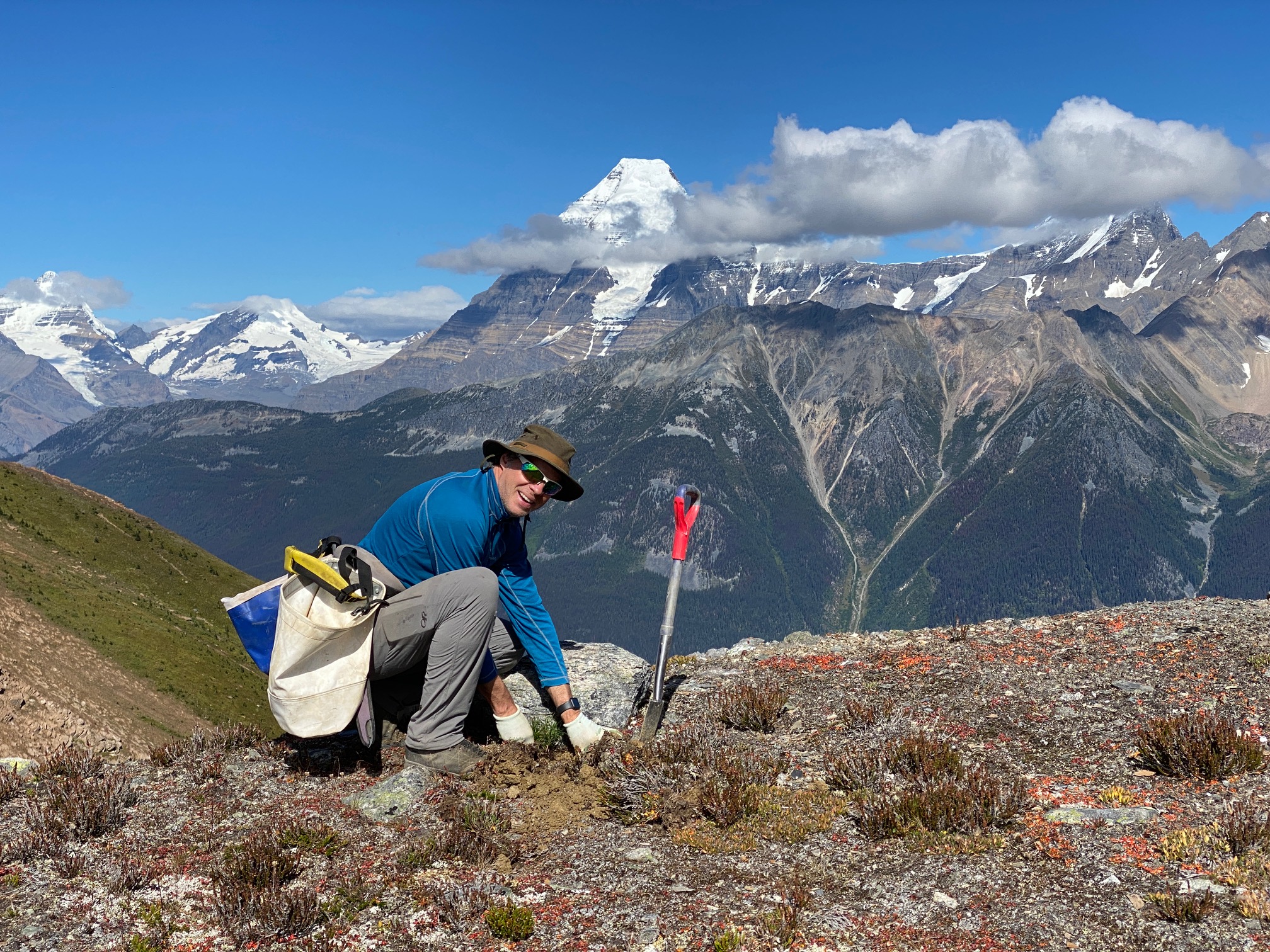 Randy is a Kimberley based whitebark and limber pine recovery specialist. He has worked on related conservation and restoration projects throughout British Columbia. Randy also has experience with industrial and small-scale native plant restoration and reclamation, including hydroelectric reservoirs. In addition, he has managed and implemented terrestrial ecosystem mapping projects over his career as an ecologist. Randy holds a Masters degree in Forest Science as well as a Bachelors degree in Natural Resources Conservation from UBC and is a registered Professional Biologist. In addition to his biology work Randy runs a small honeybee operation in the Kimberley region. 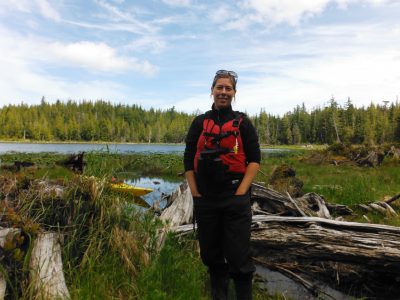 Carrie, her husband and their two young children enjoy hiking, camping, biking and exploring the natural outdoors in the Okanagan, Shuswap and Columbia. 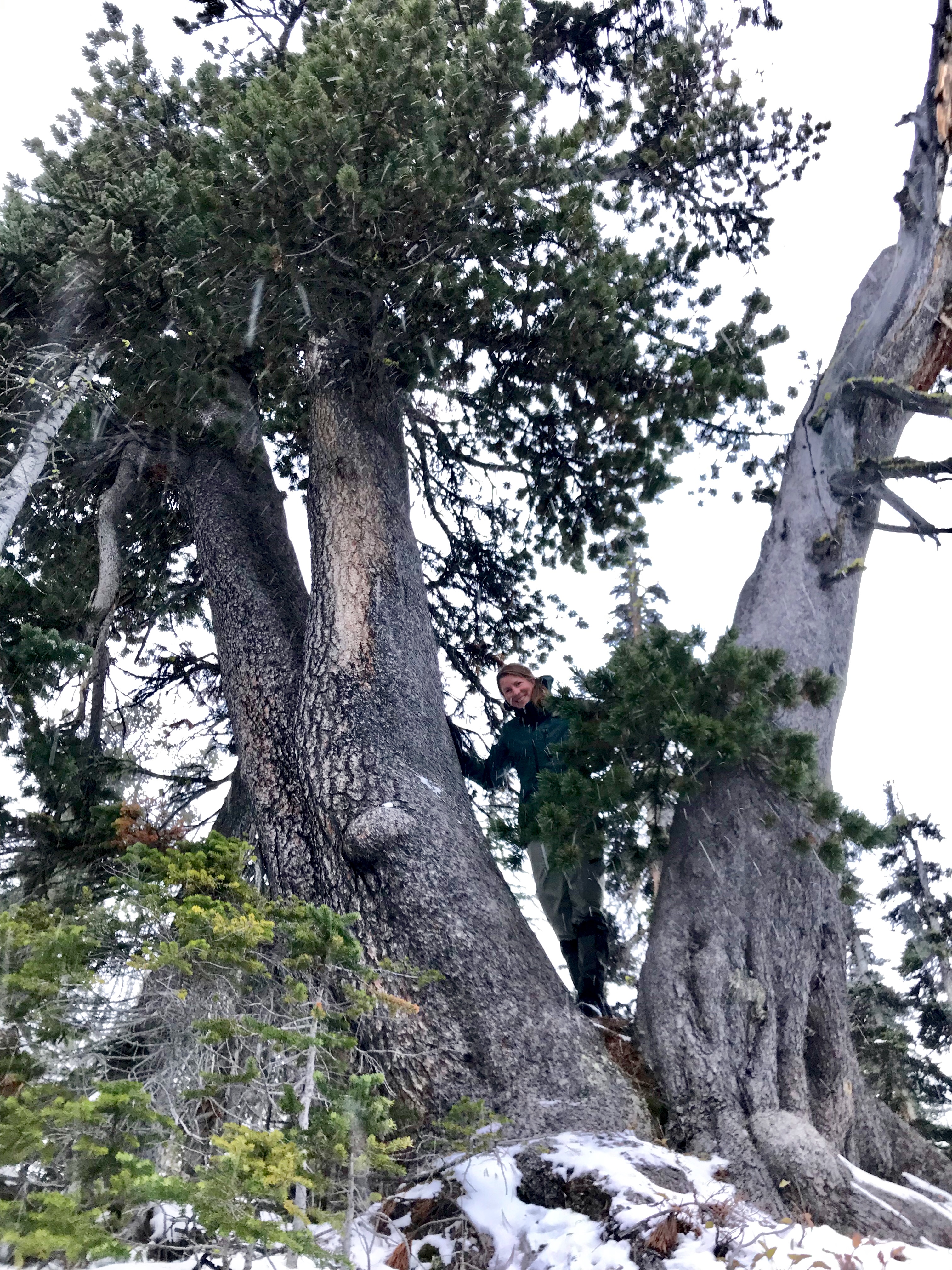 Natalie Stafl is the Fire and Vegetation Ecologist Team Leader in Mount Revelstoke and Glacier National Parks.  She works on forest health, ecosystem monitoring and restoration and supports the Parks Canada fire management program. Natalie received a master’s degree in Zoology at UBC studying the impacts of hikers and a warming climate on American pika as well as a bachelor’s degree in Natural Resources Conservation from the UBC Faculty of Forestry.  Along with her colleagues in the mountain national parks, Natalie coordinates whitebark pine recovery efforts and monitors long term health transects. She is interested in the conservation of ecosystems and their natural processes and can be found recreating in in the mountains in her spare time. 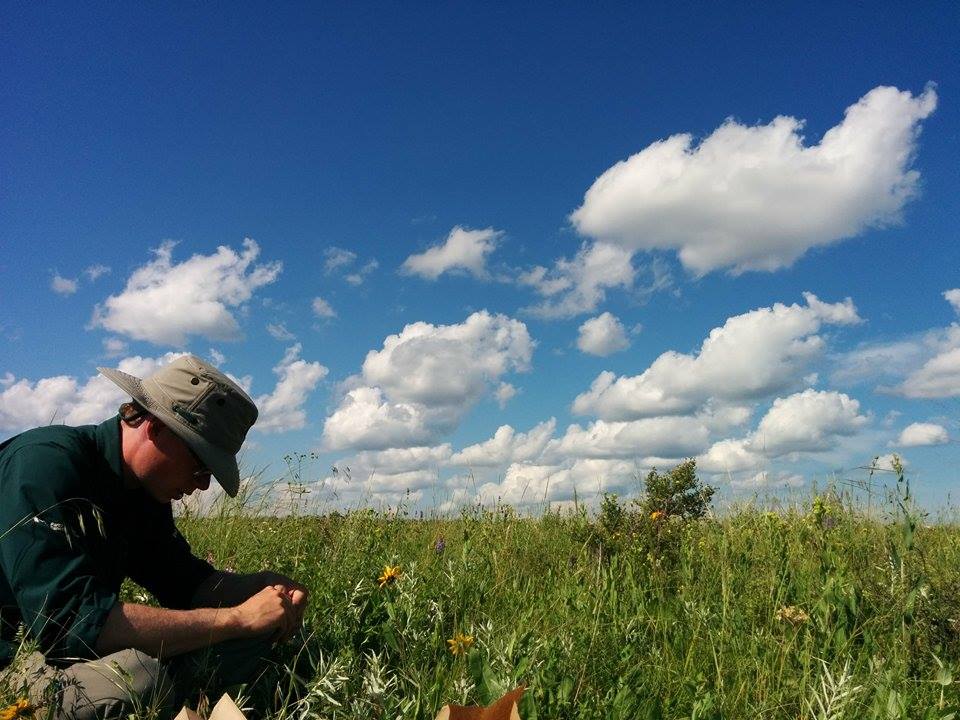 Peter Tarleton is the vegetation specialist in Mount Revelstoke and Glacier National Parks. His work focuses on invasive species control, ecological monitoring, and forest health. Prior to moving to Revelstoke in 2019, Peter worked from 2013 as a Resource Management Officer in Riding Mountain National Park where his work focused on bison management and grassland ecology. Peter completed his B.Sc. in Biology at the University of Manitoba in 2012. In 2020, he received his M.Sc. (Plant Science) from the University of Saskatchewan for studying the impact of bison on aspen parkland plant communities. 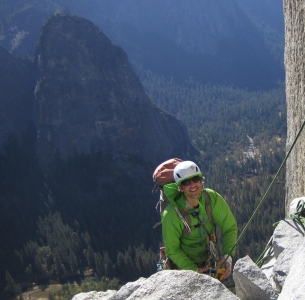 Harry lives in Revelstoke working as a wildlife biologist for BC Hydro, but he is a facultative migrant and he occasionally migrates to the Mojave Desert where he can be found on granitic outcrops. Previously, Harry became intimately familiar with the “Big Bend” country north of Revelstoke, while assisting with caribou recovery work. His favoured study subjects are songbirds. When not working, Harry likes to spend time with his family and friends in the mountains.

Originally from the Bow Valley in Alberta, Brendan continues to explore a life-long interest in subalpine and timberline forest communities in the Columbia Basin. He completed a B.Sc. in applied environmental biology at the University of Technology in Sydney, Australia. His Honours thesis investigated the effect of selective harvesting on understory plant communities in an Australian subalpine forest. Back in the Alberta Rockies, Brendan examined the regeneration dynamics of alpine larch for his doctoral work at the University of Alberta. Brendan is the Chair of the School of Environment and Geomatics at Selkirk College, in Castlegar.

Brendan is currently the President of the Columbia Mountains Institute of Applied Ecology. 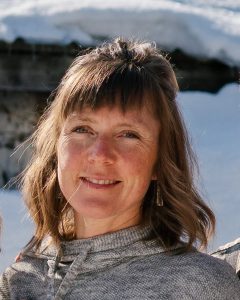 Hailey Ross became the CMI’s Executive Director in the summer of 2013. Her educational background includes a Masters Degree in Environmental Studies from Dalhousie University, an honours degree in social anthropology, and a degree in International Development. Hailey’s academic and work experience have focused mainly on human relationships with the natural environment, stemming from her interest in the integration of natural and social sciences to solve challenges in environmental management.

Hailey made Revelstoke her home in 2009, eager to be back in the mountains. Keen to be involved in her field of environmental education and community development, Hailey has worked with numerous ENGO’s in the Revelstoke area such as the North Columbia Environmental Society and the Revelstoke Local Food Initiative. In addition to her work with CMI, Hailey continues to work in the realm of food security and co-wrote Revelstoke’s first Food Security Strategy. Prior to moving to Revelstoke, Hailey worked in a diversity of fields and environments such as farming in Alberta, international aid work in East Africa, social science work in Banff National Park, and leadership development in Nova Scotia. When not working, she’s likely chasing after her two kids, tending to her garden, and soaking up the beauty of our mountain environment and the diversity of recreational opportunities it offers.

Mia King is a new transplant to the west, moving to Revelstoke from Ontario in the summer of 2017, after having visited and immensely enjoying the area many times before. Mia has a BSc in Biology and a diploma in Ecosystem Management. For many years, Mia has been involved in delivering environmental education, whether increasing public awareness of aquatic species at risk, or leading school kids on interpretive hikes in the great outdoors. Mia is looking forward to facilitating the sharing of local ecological knowledge while with CMI. On days off, Mia can be found exploring the mountains, hiking, biking, and precariously snowboarding down them.