The term “distance sampling” covers a range of methods for assessing wildlife abundance:

The course concentrated primarily on line and point transect sampling. The concepts of distance sampling were explained and the assumptions of the methods discussed. Although the basic theory was covered, the focus of the course was on practical application of the methods.

The course began with an introduction to wildlife population assessment methods, and demonstration of how line and point transect methods are generalizations of sample count methods (strip counts and point counts respectively). The underlying theory and assumptions of both line and point transect sampling were covered, and the relative merits of the two approaches in different circumstances discussed.

More complex issues were then addressed. Special methods are required when animals occur in groups or “clusters”. For example, size bias can occur – large clusters have a higher probability of detection than small clusters, so that population size is overestimated. Methods for adjusting for this bias were given. Another issue is stratification, which is used to improve the precision of estimates when animal abundance, detection probability or clustering varies over time or space. Good survey design is an essential ingredient of a successful survey so design issues and field methods were covered in detail. Some specialized applications of distance sampling such as cue counting, trapping webs, and indirect counts (e.g., dung or nests) were addressed. 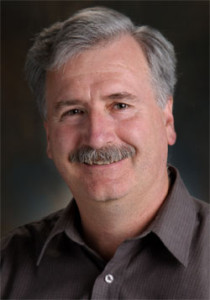 Our instructor was Dr. Carl Schwarz, Department of Statistics and Actuarial Science, at Simon Fraser University.