The only time that grizzly bears lose their normal behaviour of avoiding people is when food is involved. Human foods are highly attractive for these curious and intelligent animals. Once they learn a food source they never forget it. We leave behind garbage, fruit tree windfalls, hunting gut piles, picnic baskets, all of which can attract bears. Unfenced garbage dumps in particular cause high bear mortality. Intolerance of grizzly bears near communities results in an average of 49 bears per year being destroyed by BC Conservation Officers and persons concerned for their safety or property. Many more kills go unreported. 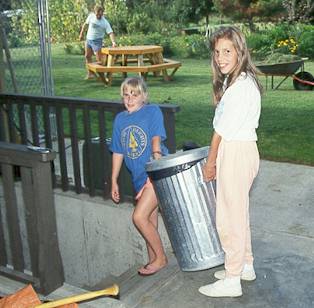 For black bears, the most common urban attractants are garbage, compost, fruit trees, animal feeds, and barbecues. In more rural settings agricultural fruit crops, grain spills from rail cars, livestock, and bee hives are the common attractants that bring bears into close contact with people. They condition bears to forage near our residences and create circumstances whereby bears damage property and ultimately result in the bear’s destruction. Human carelessness results in food-conditioned bears. Over the past decade Conservation Officers in BC disposed of an average of 1180 black bears per year because of a perceived threat from these nuisance bears.

Capturing and relocating problem bears is difficult, expensive and stressful for all concerned. Captured bears are routinely destroyed. Some relocation effort has been invested in grizzly bears because they are a recognized threatened species. Starting in 1994, nine female grizzly bears, captured by the Provincial Conservation Officer Service in human-bear conflict situations, were radio-collared and moved distances ranging from 43 km to 200 km away from their capture site. The Upper Columbia Bear Research Project (UCBRP) then tracked these bears for up to seven years. At the same time, the UCBRP followed a sample of 18 wild female grizzlies. 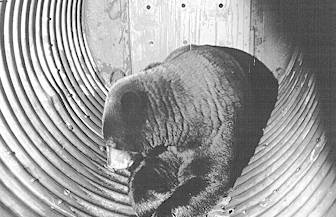 In recent years in Revelstoke, Golden and other BC communities, a citizen based education program “Bear Awareness” has greatly reduced local bear mortality. If you live in a community or acreage near bear habitat, make sure you are not attracting bears to your home, placing bears, your family and your neighbours at risk.

How to keep from creating a problem bear

If you camp in bear habitat, consider the following: