The trek of the pika 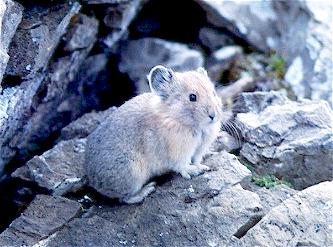 We’ve enjoyed a great autumn for hiking but there are fewer animals to encounter at this time of year. However, on a recent hike to Abbott Ridge in Glacier National Park, I heard the unmistakable eeeeeek! of a pika as my group passed a jumble of rock well above treeline. Pikas are a kind of rabbit about the size of my fist with tiny ears and a puff-ball tail. Despite the late season with snow on the ground, this pika was still asserting its territory by giving its alarm call.

Unlike many small mammals, such as marmots, which lower their body temperature and go into a deep hibernation, pikas remain active all winter. Through the summer you may have noticed their neat piles of cut plants along the side of the trail that they have laid out to dry. They put up enough hay to last until next spring, which in pika habitat around here can be as late as August, as was the case this year. Their hay stashes are tucked in several places throughout their rock pile home and enable them to keep a warm body temperature as they live out the winter under a deep cover of snow. Dried vegetation also as serves as their nests, which are situated deep enough in talus piles to avoid predators. 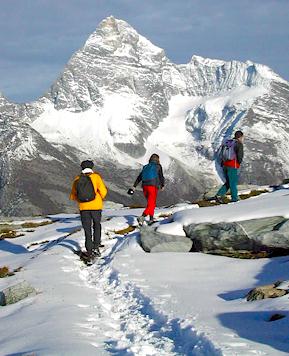 Once on a trek through the MacKenzie Mountains in Yukon, I heard the same pika sound. As I struggled across the rugged terrain and raging streams, it occurred to me that somehow in the past pikas had spread from Yukon to the Columbia Mountains where I was accustomed to hearing them on just about any hike in the alpine. Having seen the mountains, lakes and rivers between here and there on my plane ride north, I had a hard time imaging pikas being able to move so far and over so many obstacles.

Actually they have traveled much further. Pikas evolved in central Asia, arriving in North America via the Bering Land Bridge during the most recent Ice Age, about 20,000 years ago. Sea level was lower then due to the amount of ice that overlay much of the Northern Hemisphere. Grizzly bears, mammoths, humans, and many other forms of life arrived in North America via this route.

Mammoths were hunted to extinction and grizzlies occupy but half their former North American range. But the little pika remains relatively abundant throughout the alpine areas of North America as far south as California.

To hear a sound files of a pika and a marmot, which lives in simialar terrain but has a different call, click the links below: